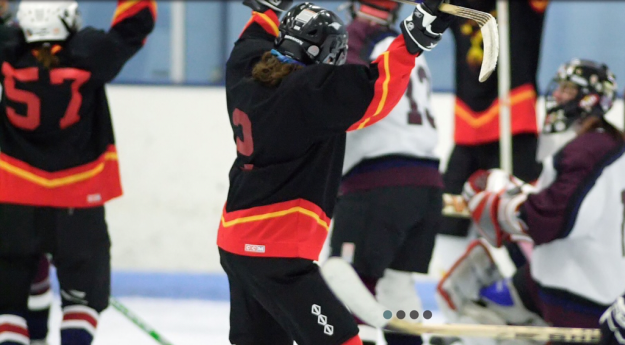 Remember when I wanted to join a roller derby? Changed my mind. I want to play ice hockey. I can (sort of) skate, but I can’t stop. Still, I think the only time hockey players actually stop is when they’re slammed into the walls, so that shouldn’t be a problem. The discovery of this new goal came toward the end of a great day. And it happened because I fought my natural desire to hunker down and stay home on a cold, rainy spring day. I’ll share the progression with you; feel free to copy if you want.

How to have a great day and end it with renewed excitement and passion:

Step 1. Start by sleeping a little late to rev yourself up for the coming excitement (your kids probably need to be teenagers before this can happen).

Step 2. Enjoy a cup of coffee in a warm den with your husband and your dogs and your Kindle which you finally found under the car seat. Feel warm and dry while the rain pours down.

Step 3. This step is a bit of a challenge, but it must be done. You have agreed to take your son to the ATT store to get him a new phone to replace his cheap-ass one that bit the dust.  Assure yourself that the overwhelming variety of products, calling plans, and technologically-savvy teenagers with superior attitudes will not have you fleeing in panic after about four minutes. You are a smart woman, you remind yourself: you are fully capable of choosing an appropriate phone and an appropriate calling plan.

Step 4. This step is key; follow it carefully: enter the ATT store with your son. Tell the door-opening guy you need a phone  and don’t panic when he waves his arm about the store and says, “All our phones are on display, go ahead and browse.” Your heart sinks – wasn’t he supposed to help with this? Your eyes travel through the crowded store and you see… your husband! At a table with a tech-savvy teenager! And he has a brand new phone in his hand! And he is paying for it! You make a beeline for him. He has chosen a phone, figured out the payment plan thing, and is getting it set up; the deal is done.

Step 5. Pat yourself on the back: you handled it all so well.

Step 6. Then, Starbucks and a half hour to yourself with a book followed by a trip to see a close friend’s son play hockey.

Make sure the following things happen at the hockey game:
﻿

(I’m trying to upload a picture of the guys playing hockey but my iPad photo album is deliberately defying me.)

I’m leaving you on your own figure out the rest from there. As for me, I’m going to look into the women’s hockey league. If I join a team, I will try to remember to not sprain my ankle and have to quit, like I did trying to play soccer several years ago. 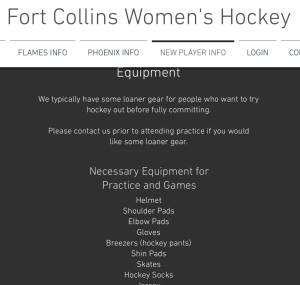 H’m. I should probably try out some loaner gear before I invest in the whole pricey list. But wouldn’t that be, like, the half-assed approach?

Finally, I leave you with a reminder: get up and out and explore the world and seek new excitement  rather than listening to your inner voice if it always tells you to stay home and read or take a nap. Life has a lot to share, including high school hockey games.

Because why should I think it’s too late to try something totally new and scary? My beautiful sister-in-law, Kathy, began fencing when she was, like, in her forties. Now she is a superstar fencing person and is practically an Olympic gold medalist. I’m not actually sure about that last part. But she’s apparently really, really good. (Obviously, people like Kathy can ignore the above reminder and feel smug.) 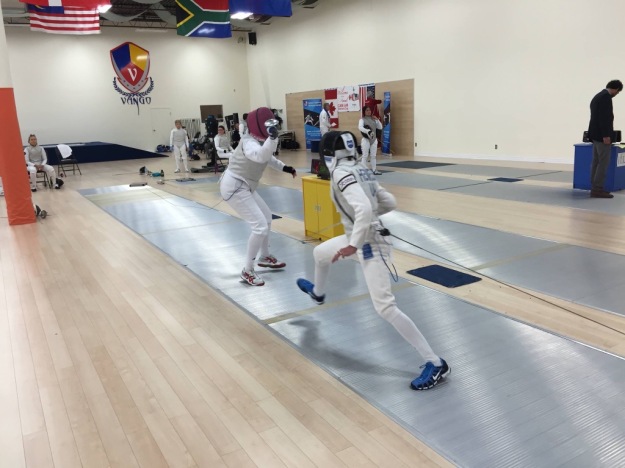 Kathy’s the one on the right. Doesn’t she look cool?

So I guess that’s the last step in the list of ways to have a great day: end up with a new resolution that makes you feel really alive again, then go out and get started.

Til next time, my friends