I have only one word on my mind: fifty. Not, mind you, as in fifty shades of gray or anything that exciting. Rather, fifty as in: holy fuck, I’m five decades old and what have I done with my life and how many hours have I wasted playing word games?

Yeah. Sounds like I’m ripe for a nervous breakdown.

(Oh, God. I meant to write “mid-life crisis.” But what came out was “nervous breakdown.” That’s hilarious. Except not.)

The nervous breakdown, if it comes, will be as a result of the last year’s insanity, which included major and minor health issues (five bouts of flu, two bouts of pneumonia, a broken arm, a broken tooth, a concussion, and a diagnosis of gallstones, divided equally among the four members of our household), extreme levels of teenage angst, a good friend moving across the country, a good friend dying, and assorted events ranging from the merely annoying (being rear-ended while in a rental car and all the attendant red tape ) to the traumatic (but I’ll spare you the details on those).

The cherry on the shit-sundae came in July, when my mother died unexpectedly. Boy, does THAT open up a whole can of emotional worms.

Ever have a year like that? Yeah, I hear you. It’s been stunningly unpleasant. It’s getting better, though! (She said optimistically.)

Meanwhile, though, fifty was approaching and I didn’t want it to suck, so I decided to throw myself a big fat party, with friends of all ages, from toddlers to grandmas, running around barefoot in the backyard, drinking beer (not the toddlers) and playing on the slackline (not the grandmas). Old friends came. New friends that I barely know – but that I want to know better – came. Also: two of my very very very best friends, from opposite sides of the country, appeared unexpectedly on my doorstep holding happy birthday signs. Best. Surprise. Ever.

So that was great. 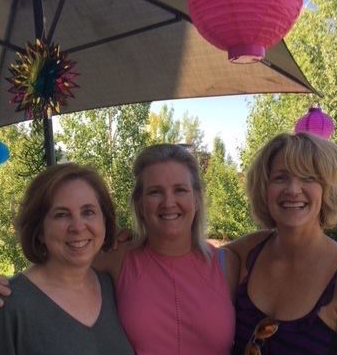 They came just for ME?

And I’ve decided to make my fifties my best decade ever. I’m going to laugh more, play more, make new friends, learn new things. I want to share things that just might (if I’m lucky) be inspirational to other women in mid-life. I want to be inspired by others. I want to create a community of wonderful people and draw them around me like a down blanket.

The thing is, I seem to have lost my ability to bounce back. My elasticity has un-elasticized. When anything even slightly bad happens – like my car’s check-engine light goes on for the third time this summer – I’m an emotional mess for days. DAYS, people. I cry in bed. I flip out on the kids (God, sorry about last week, Mikey). I can’t work, I avoid phone calls and then don’t return them, I skip obligations.

I exist in a low-level state of dread. I dread the next bad thing. I dread the ring of the doorbell and the buzz of the phone. I tried to explain to my doctor how I’m feeling, finally just giving myself the diagnosis of Big Fucking Mess. (“Ah, yes,” he said, nodding wisely, “BFM.”)

So here I continue to sit, wasting more time playing word games and wondering how I can make this my best decade ever if I never get off the couch.

I Could Use Your Help 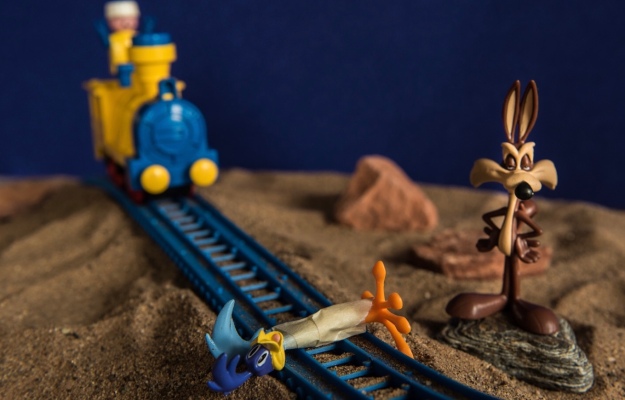 You know how Wil E. Coyote gets flattened under a steam roller to the thickness of a sheet of paper while chasing the Roadrunner, and how he always pops up again three-dimensionally to go on with the chase? I need some of that springiness. Guys, how do you go on not just because you have to but because you want to? This is not a rhetorical question.

I’m uncomfortable being this open about the tough times but if my blog is about anything, it’s about the “real stuff” of being a middle aged woman. So, look out, today my real stuff is hanging out all over the place.

Anyway, I’m now sick of myself and you probably are, too, so I’ll sign off. Take care, have fun, stay in touch, send tactics for bouncing back. Until next time,

PS: If my mom was still alive, the PS here would read: “Mom, DON’T WORRY. I’ll be fine.” But seriously, friends, I’ll be fine. Also, I actually do get off the couch. Mostly to go to silks classes. Still my favorite activity EVER. 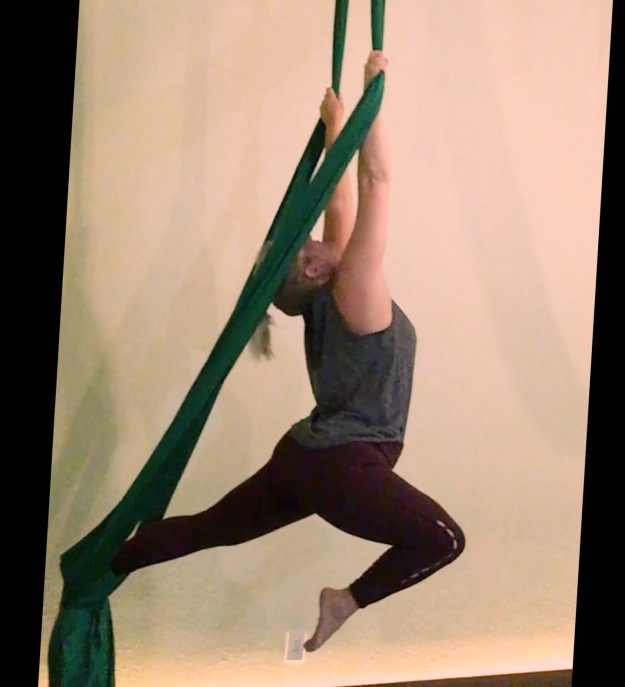